So Demand Progress is back need help against CISPA

Friends, Did you hear that CISPA is back? The misguided, anti-privacy bill -- defeated last year by a huge public outcry -- has been reintroduced in Congress. The new version of the bill would allow private companies to share our personal data with the government, other companies, and private agencies like the MPAA. Click here to join me in standing up to this assault on internet privacy: http://act.demandprogress.org/letter/cispa_is_back/?referring_akid=2004.322082.UIwE_R&source=taf They don't need a warrant, and companies who share your information are given immunity from all pre-existing privacy laws! No wonder companies like AT&T and Verizon have already signed on in support. Click here to tell congress NO to CISPA: http://act.demandprogress.org/letter/cispa_is_back/?referring_akid=2004.322082.UIwE_R&source=taf Supporters of CISPA -- like its sponsor Rep. Dutch Ruppersberger -- have said they can't see any reason why businesses needed to hide your personal data from the government. They don't get it. Like last time, we need to take a stand against violations of our basic rights to privacy. Please join me in calling on Congress to oppose CISPA: http://act.demandprogress.org/letter/cispa_is_back/?referring_akid=2004.322082.UIwE_R&source=taf Read More

Today I got fed up with things like explorer not refreshing properly in windows 7, some programs not running properly, crashing, spending days trying to just get a mouse to work (Microsoft Intellipoint problems...), so I decided to install the windows 8 release preview.

This install process took no longer than 15 minutes from the moment I pressed the power button. The install took just over 10 minutes, then it started asking the usual first time set-up questions.

So, after 15 minutes I was then finally presented with this: 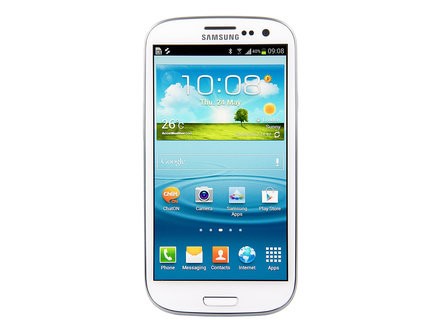 The Next Samsung Galaxy has arrived. The Samsung Galaxy S3 mobile phone is hotly tipped to be the smartphone of 2012. The 4.8 inch high definition display with Super AMOLED technology screens your movies in stunning detail.
Combining the latest Android Ice Cream Sandwich with a 1.4GHz quad core processor, the Samsung Galaxy S3 lets you multitask extensively upon a responsive and easily customisable user interface. Take photos using the 8 megapixel camera with 1080p HD recording and share to your friend seamlessly across your favourite social networking sites. With a 16GB internal memory and cloud storage, access to your favouite multimedia to keep you entertained on the go. For those who desire the premium smartphone of 2012, choose the Samsung Galaxy S3.

Pre-order you Samsung Galaxy SIII now. Due out end of May 2012 from various places. Read More

The HTC one x is now available for pre-order for expected launch in April 2012. It can be found here: in many places now

You can sign this / view the petition here: http://epetitions.direct.gov.uk/petitions/347

Sainsbury's is renaming its tiger bread after a letter a three-year-old girl wrote to the company, saying the bread looked more like a giraffe, went viral.

In May 2011, Lily Robinson wrote to the supermarket, suggesting that the bread should be called giraffe bread.

She received a letter back saying that renaming it was "a brilliant idea".

Her mother posted the letters on her blog and after it again became a topic of conversation on social media sites last week, the bread has been renamed.

Lily's letter said: "Why is tiger bread called tiger bread? It should be called giraffe bread. Love from Lily Robinson age 3 and 1/2".

Chris King from the Sainsbury's customer services team wrote back: "I think renaming tiger bread giraffe bread is a brilliant idea - it looks much more like the blotches on a giraffe than the stripes on a tiger, doesn't it?"

But he went on to explain how it had got its name: "It is called tiger bread because the first baker who made it a looong time ago thought it looked stripey like a tiger. Maybe they were a bit silly."...Read More

What is ACTA? Where can I find out about ACTA?

The main points are:

More information can be found on ACTA here: http://www.laquadrature.net/wiki/How_to_act_against_ACTA


You can sign a UK Petition on direct.gov here: http://epetitions.direct.gov.uk/petitions/20685
This needs 100,000 votes to be considered for House of Commons.


In the mean time, the following places can be contacted:

to get the message to European Parliment. Read More
Admin
/
/
1986

SOPA and PIPA have been shelved!

Several posts on other websites and twitter have come up, announcing that SOPA and PIPA have both been shelved.

Rep. Lamar Smith (R-TX), a sponsor of Stop Online Piracy Act (SOPA), followed and http://judiciary.house.gov/news/01202012.htmlannounced he would be delaying consideration of the legislation.

The idea behind these is likely to come back within a short period of time, however they are likely to be much more revised and probably wont be called SOPA and PIPA.

As proven yesterday with megaupload / megavideo, the acts aren't needed at the moment to take action. So the internet is safe for today, search engines can continue with their normal crawling, and socially generated sites (wiki, facebook, twitter.. etc) can stay as they are, the way the users like them. Read More

President Obama has stated that he will not support the Bill.
It has been decided that the house will revisit the bill next month, and that any future bills MUST be more narrowly focused.

“The voice of the Internet community has been heard,” said Issa. “Much more education for members of Congress about the workings of the Internet is essential if anti-piracy legislation is to be workable and achieve broad appeal.”- California congressman Darrell Issa

However, PIPA is still in line for later this month, and would still allow companies to sue on website copyright infringment.
Obama has come out against both bills. The white house response can be found Here. Read More

Without much luck from google, I found a driver that works with t...

So, I've been having issues installing Office 365 University spec...

I had been struggling to get miniDLNA on the raspberrypi to work ...

I recently received an Amazon Echo Dot. After linking all the ...

I have recently added basic AMP support to the site (and I mean b...

As Plesk runs nginx on top of Apache, authorization headers may n...